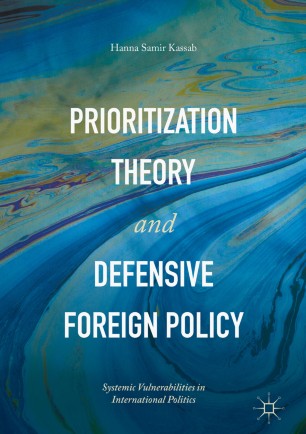 This book studies systemic vulnerabilities and their impact on states and individual survival. The author theorizes that the structure of the international system is a product of the distribution of capabilities and vulnerabilities across states. States function or behave in terms of these systemic threats. The author examines a number of specific case-studies focusing on military, economic, environmental, political and cyber vulnerabilities, and how different states are impacted by them. Arguing that current attempts to securitize these vulnerabilities through defensive foreign policies are largely failing, the books makes the case for prioritizing economic development and human security.

Hanna Samir Kassab is Visiting Assistant Professor at Northern Michigan University, USA. He is the author of The Power of Emotion in Politics, Philosophy and Ideology (2016) and Weak States in International Relations Theory (2015) as well as co-editor of The Obama Doctrine and the Americas (2016) and Reconceptualizing Security in the Americas in the Twenty-First Century (2015).