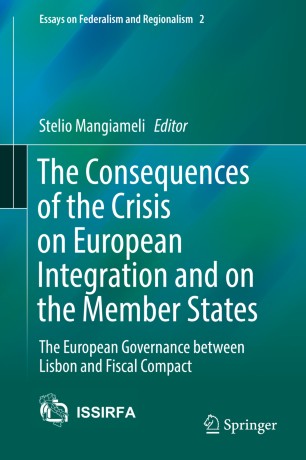 The European Governance between Lisbon and Fiscal Compact

Part of the Essays on Federalism and Regionalism book series (SEFR, volume 2)

The book examines the economic crisis in the European Union and its consequences for European integration and the member states.
Discussing the provisions introduced by the Treaty of Lisbon, from the effects of macroeconomic monitoring to the restraints produced by the Fiscal Compact, it offers an analysis of the European Union’s current situation and the effects of the measures adopted to manage the crisis, also making reference to how Europe is perceived by its citizens. Moreover, the chapters offer thoughts on the European integration process, in particular the effects that the policies adopted to tackle the crisis have had on the economic and financial sovereignty of the member states.
This detailed examination of the situation of the EU between the Treaty of Lisbon and the Fiscal Compact is characterized by an original multidisciplinary approach that offers an articulate reflection on the criticalities that affect the actions of both European and national institutions.