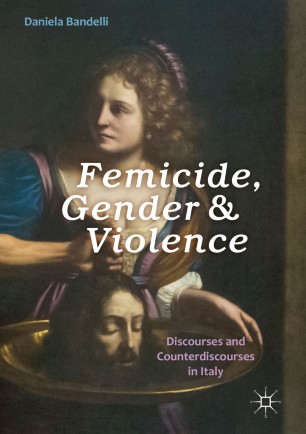 Discourses and Counterdiscourses in Italy

This book questions gendered readings of violence by analyzing how this paradigm has become normalized in Italy since the feminist term ‘femminicidio’, or ‘femicide’, entered the mainstream media during the 2013 general election. It also sheds light on discourses of contestation on the part of family activists, men’s rights campaigners and divorced fathers’ groups. Two counter-discourses emerge. The first is what the author terms an ‘ideology narrative’, for which discourses built around the conceptual category of ‘gender’ normalize simplistic representations of relationships between men and women. The second is a ‘female violence discourse’, which sheds light on under-represented aggressor-victim relations and modifies dominant representations of femininity and masculinity. The author argues that integrating these two discourses into public debates helps to reappropriate the complexity and biological dimensions of (violent) relationships between men and women, often overshadowed by gender/feminist perspectives. In this way, she concludes, we can address neglected social issues that contribute to violence beyond gender. This thought-provoking book will appeal to students and scholars of sociology, critical discourse studies and gender.