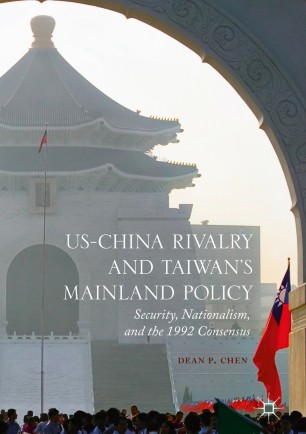 Security, Nationalism, and the 1992 Consensus

This book examines changes in Taiwan’s policies toward Mainland China under former Republic of China (ROC) President Ma Ying-jeou (2008-16) and considers their implications for US policy toward the Taiwan Strait. In recent years, the People’s Republic of China (PRC)’s increasingly assertive foreign policy behaviors have heightened tensions with its regional neighbors as well as the United States. However, under the Kuomintang (KMT) administration of Ma Ying-jeou, Taiwan discounted Beijing’s coercion and pursued rapprochement on the basis of the “1992 consensus”.  The author of this volume analyzes why Taipei underreacted towards the security challenges posed by the PRC and chartered policies that sometimes went against the interests of Washington and its allies in the Asia-Pacific. The KMT was pushing for nation-building initiatives to rejuvenate the ROC’s “one China” ruling legitimacy and to supplant pro-independence forces within Taiwan. The island’s deeply fragmented domestic politics and partisanship have led policy elites to choose suboptimal strategy, weakening its security position. The implications from this study are equally applicable to Taiwan’s Democratic Progressive Party government that has taken office in 2016.