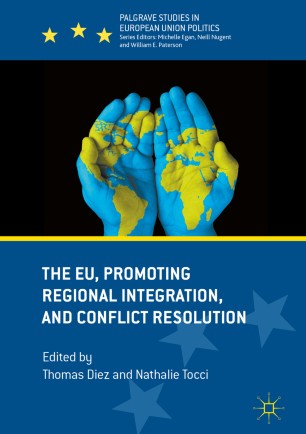 This book provides a comprehensive study into the promotion of regional integration as a central pillar of European Union (EU) relations with the rest of the world. It is a strategy to deal with a core security challenge: the transformation of conflicts and, in particular, regional conflicts. Yet to what extent has the promotion of regional integration been successful in transforming conflicts? What can we regard as the core mechanisms of such an impact? This volume offers a comprehensive assessment of the nexus between promoting integration and conflict transformation. The authors systematically compare the consequences of EU involvement in eight conflicts in four world regions within a common framework. In doing so, they focus on the promotion of integration as a preventative strategy to avoid conflicts turning violent and as a long-term strategy to transform violent conflicts by placing them in a broader institutional context. The book will be of use to students and scholars interested in European foreign policy, comparative regionalism, and conflict resolution.