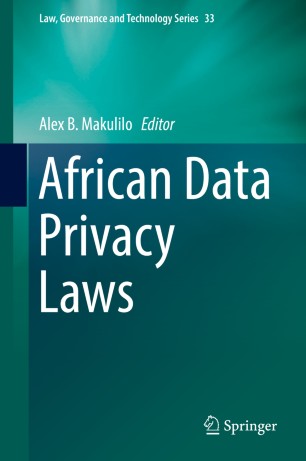 In Africa protection of personal data, the central preoccupation of data privacy laws, is on the policy agenda. The recently adopted African Union Cyber Security and Data Protection Convention 2014, which is the first and currently the only single treaty across the globe to address data protection outside Europe, serves as an illustration of such interest. In addition, there are data protection frameworks at sub-regional levels for West Africa, East Africa and Southern Africa. Similarly, laws on protection of personal data are increasingly being adopted at national plane. Yet despite these data privacy law reforms there is scant literature about data privacy law in Africa and its recent developments. This book fills that gap.