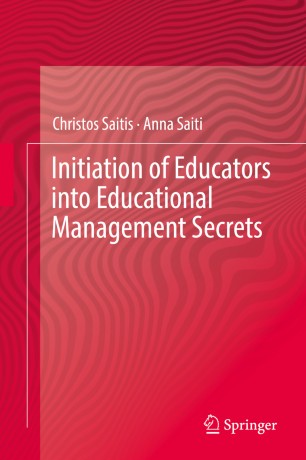 This book provides a comprehensive method for learning modern management processes, and applying those methods to improve leadership in educational settings. The authors include case studies and techniques to solve a variety of managerial problems so that members of the educational community may improve their abilities and skills in a range of related disciples, including: strategic planning, effective decision making, time management, management conflict strategies, oral communication, management strategies for school crises, and the development of good relations and a cooperative spirit.

is a Professor of Management and Economics of Education, in the Department of Home Economics & Ecology, Harokopio University, Athens, Greece. She received her Bachelor Decree in Organization and Business Administration from the University of Piraeus, Athens, Greece, her M.A. in Banking and Finance from the University of North Wales, Bangor, U.K., and her PhD in Administration and Economics of Education from the University of Hull, Hull, U.K. Her research interests focus on the management and economics of education and health. She is the author of six books (in Greek), namely Education and Economic Development (2000), Organisation and Management in Education (2012) (co-authored by Christos Saitis), The school principal in a modern school unit (2012) (co-authored by Christos Saitis), etc. She has also published several papers in both foreign and Greek scientific Journals. She has been a reviewer for several international scientific journals. Moreover, she has participated in several international conferences while her papers have been cited by many Greek and foreign researchers. Finally, she is the co-editor of the book entitled Building for a Sustainable Future in Our Schools: Brick by Brick published in 2017 by Springer International Publishing.