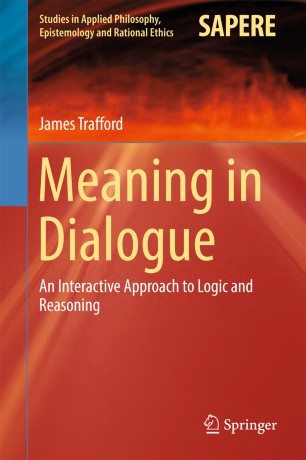 An Interactive Approach to Logic and Reasoning

This book argues for a view in which processes of dialogue and interaction are taken to be foundational to reasoning, logic, and meaning. This is both a continuation, and a substantial modification, of an inferentialist approach to logic. As such, the book not only provides a critical introduction to the inferentialist view, but it also provides an argument that this shift in perspective has deep and foundational consequences for how we understand the nature of logic and its relationship with meaning and reasoning. This has been upheld by several technical results, including, for example a novel approach to logical paradox and logical revision, and an account of the internal justification of logical rules. The book shows that inferentialism is greatly strengthened, such that it can answer the most stringent criticisms of the view. This leads to a view of logic that emphasizes the dynamics of reasoning, provides a novel account of the justification and normativity of logical rules, thus leading to a new, attractive approach to the foundations of logic. The book addresses readers interested in philosophy of language, philosophical and mathematical logic, theories of reasoning, and also those who actively engage in current debates involving, for example, logical revision, and the relationship between logic and reasoning, from advanced undergraduates, to professional philosophers, mathematicians, and linguists.