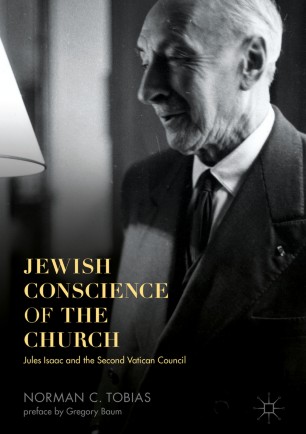 Jewish Conscience of the Church

This book presents the backstory of how the Catholic Church came to clarify and embrace the role of Israel in salvation history, at the behest of an unlikely personality: Jules Isaac. This embrace put to an end the tradition, more than fifteen centuries old, of anti-Jewish rhetoric that had served as taproot to racial varieties of anti-Semitism.  Prior to Isaac’s thought and activism, this contemptuous tradition had never been denounced in so compelling a manner that the Church was forced to address it. It is a story of loss and triumph, and ultimately, unlikely partnership.

Isaac devoted his years after World War II to a crusade for scriptural truth and rectification of Christian teaching regarding Jews and Judaism. Isaac’s crusade culminated in an unpublicized audience with Pope John XXIII—a meeting that moved the pope to make a last-minute addition to the Second Vatican Council agenda and set in motion the events leading to a revolution in Catholic teaching about Jews.

Norman C. Tobias, who holds a PhD in religious studies from the University of Toronto, Canada, is a practicing tax lawyer and former adjunct professor of law, Queen’s University, Canada.

“The book represents an important contribution to the recent scholarship on Nostra Aetate and the development of Catholic teaching on Judaism. … Tobias’ book also gives an inside account of the pre-history and history of Nostra Aetate thanks to his interviews with Gregory Baum and Thomas Stransky.” (Massimo Faggioli, Studies in Christian-Jewish Relations, Vol. 13 (1), 2018)
Buy options