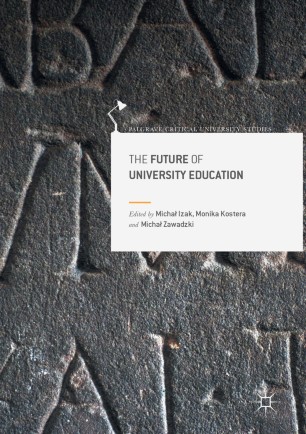 The Future of University Education

This collected volume of essays offers glimpses of the future of university education. While universities consider the spirit of theoretical exchange and intellectual pursuit to be a defining trait of their identity, this book argues that this heritage is disappearing under the influence of the short-term demands of societies and markets. Universities used to be sites of dissent, civil courage and societal conscience, but have now instead become little more than pseudo-businesses, rendering them incapable of remaining critical or independent. However, with more people going to university every year, there is a strong resistance to the notion that the university as a collegial and critical institution is dead, among academics as well as the broader public. With contributions from scholars across the world, this edited collection explores the ramifications of marketization on universities, and provides glimpses of what higher education will look like in the future. It will be of great interest to teachers and students in higher education, as well as policy makers and those interested in the current and future state of higher education.