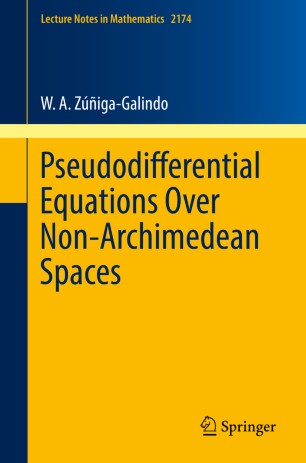 Focusing on p-adic and adelic analogues of pseudodifferential equations, this monograph presents a very general theory of parabolic-type equations and their Markov processes motivated by their connection with models of complex hierarchic systems. The Gelfand-Shilov method for constructing fundamental solutions using local zeta functions is developed in a p-adic setting and several particular equations are studied, such as the p-adic analogues of the Klein-Gordon equation. Pseudodifferential equations for complex-valued functions on non-Archimedean local fields are central to contemporary harmonic analysis and mathematical physics and their theory reveals a deep connection with probability and number theory. The results of this book extend and complement the material presented by Vladimirov, Volovich and Zelenov (1994) and Kochubei (2001), which emphasize spectral theory and evolution equations in a single variable, and Albeverio, Khrennikov and Shelkovich (2010), which deals mainly with the theory and applications of p-adic wavelets.

“The book is a valuable contribution to the literature on non-Archimedean analysis and mathematical physics. It will be useful for both specialists and students studying this subject.” (Anatoly N. Kochubei, Mathematical Reviews, October, 2017)
Buy options