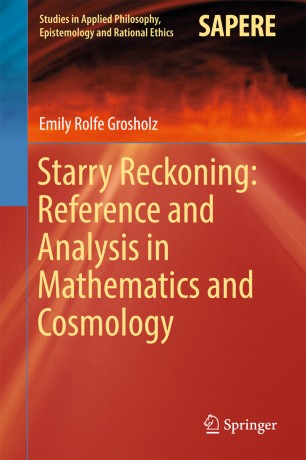 Starry Reckoning: Reference and Analysis in Mathematics and Cosmology

This book deals with a topic that has been largely neglected by philosophers of science to date: the ability to refer and analyze in tandem. On the basis of a set of philosophical case studies involving both problems in number theory and issues concerning time and cosmology from the era of Galileo, Newton and Leibniz up through the present day, the author argues that scientific knowledge is a combination of accurate reference and analytical interpretation. In order to think well, we must be able to refer successfully, so that we can show publicly and clearly what we are talking about. And we must be able to analyze well, that is, to discover productive and explanatory conditions of intelligibility for the things we are thinking about. The book’s central claim is that the kinds of representations that make successful reference possible and those that make successful analysis possible are not the same, so that significant scientific and mathematical work typically proceeds by means of a heterogeneous discourse that juxtaposes and often superimposes a variety of kinds of representation, including formal and natural languages as well as more iconic modes. It demonstrates the virtues and necessity of heterogeneity in historically central reasoning, thus filling an important gap in the literature and fostering a new, timely discussion on the epistemology of science and mathematics.