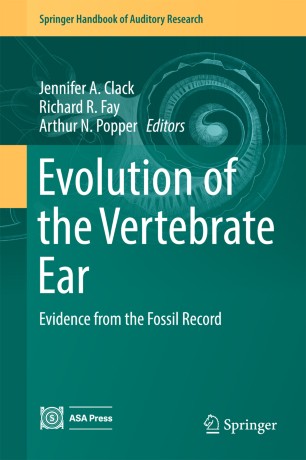 Evolution of the Vertebrate Ear

Evidence from the Fossil Record

​The evolution of vertebrate hearing is of considerable interest in the hearing community.  However, there has never been a volume that has focused on the paleontological evidence for the evolution of hearing and the ear, especially from the perspective of some of the leading paleontologists and evolutionary biologists in the world.  Thus, this volume is totally unique, and takes a perspective that has never been taken before. It brings to the fore some of the most recent discoveries among fossil taxa, which have demonstrated the sort of detailed information that can be derived from the fossil record, illuminating the evolutionary pathways this sensory system has taken and the diversity it had achieved.