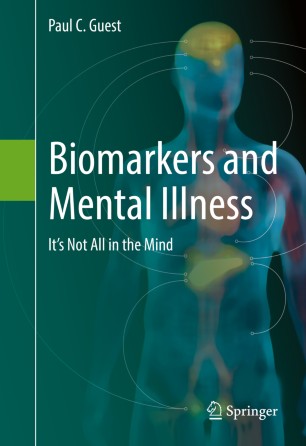 It’s Not All in the Mind

Employing accessible language throughout, this book covers the history of psychiatric research, the current state-of-the art in psychiatric practice, the physiological systems affected by psychiatric illnesses, the whole-body nature of these diseases and the impact that this aspect has on emerging biomarker discoveries.
Further, it provides descriptions of the major specific psychiatric disorders and the special challenges regarding the diagnosis and treatment of each. The book concludes with insights into the latest developments in hand-held biomarker test devices, which can provide diagnostic information in less than 15 minutes in point-of-care settings.
This book investigates the emerging use of biomarkers in the study of psychiatric diseases, a topic of considerable importance for a broad range of people including researchers, clinicians, psychiatrists, university students and even those whose lives are affected in some way by a psychiatric illness. The last category is hardly trivial, since a staggering one in three people worldwide show the criteria for at least one psychiatric disorder at some point in their lifetime.