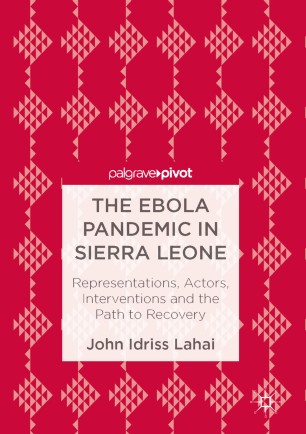 The Ebola Pandemic in Sierra Leone

Representations, Actors, Interventions and the Path to Recovery

This book provides a timely examination of the Ebola pandemic in Sierra Leone from four different standpoints: 1) a social standpoint that focuses on the way in which the vulnerable Sierra Leonian population viewed the pandemic in light of their cultural beliefs, memories of past wars and narratives and actions of the government; 2) a good governance standpoint that exposes lapses in health governance and the general unpreparedness of the government and international community to deal with the outbreak; 3) a scientific research standpoint that looks at the role played by the Sierra Leone's Lassa Fever Research Laboratories as a main hub for the investigation, monitoring and evaluation of communicable diseases in the Mano River Union countries; and 4) an international politics standpoint that examines the development of a new bio-security international apparatus involving a wide range of international actors and institutions.
John Idriss Lahai is an applied development studies scholar. He earned his PhD from the University of New England, Australia. Prior to joining Flinders University, Australia, as Visiting Research Fellow in the School of International Relations, he was an independent consultant with extensive experience working for think tanks and governments in Sub-Saharan Africa and elsewhere. He is editor ofAfrican Frontiers: Insurgency, Governance and Peacebuilding in Postcolonial States(2015) and author of Gender in Practice: Culture, Politics and Society in Sierra Leone (forthcoming).