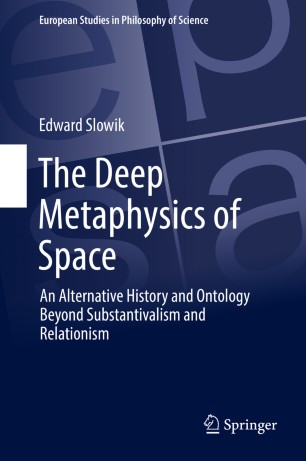 The Deep Metaphysics of Space

An Alternative History and Ontology Beyond Substantivalism and Relationism

This volume explores the inadequacies of the two standard conceptions of space or spacetime, substantivalism and relationism, and in the process, proposes a new historical interpretation of these physical theories. This book also examines and develops alternative ontological conceptions of space, and explores additional historical elements of seventeenth century theories and other metaphysical themes.

The author first discusses the two main opposing theories of the ontology of space. One, known as substantivalism, proposes space to be an entity that can exist independently of material things. The other, relationism, contends that space is a relation among material things. Readers will learn about specific problems with this dichotomy. First, Newton and Leibniz are often upheld as the retrospective forerunners of substantivalism and relationism. But, their work often contradicts the central tenets of these views. Second, these theories have proven problematic when transferred to a modern setting, especially with regards to general relativity and the recent quantum gravity hypotheses.

The author details an alternative set of concepts that address these problems. The author also develops a new classificational system that provides a more accurate taxonomy for the elements of all spatial ontologies. This classification obtains successful analogies between Newton, Leibniz, and other natural philosophers with contemporary physical theories.

Edward Slowik is a Professor in the Department of Philosophy, Winona State University, Winona, MN, USA, and Resident Fellow at the Minnesota Center for Philosophy of Science. His research interests are in the philosophy of space and time, and Early Modern philosophy, with special emphasis on the ontology of theories of space and spacetime, both contemporary and in Early Modern period.