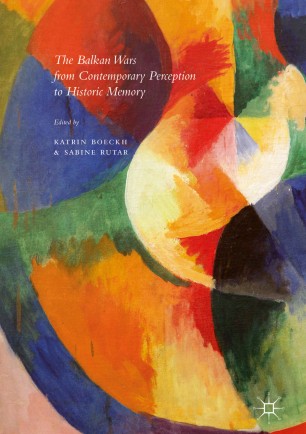 The Balkan Wars from Contemporary Perception to Historic Memory

This book explores the historial role of the Balkan Wars. In Eastern Europe, the two Balkan Wars of 1912/13 had greater importance than the First World War for the construction of nations and states. This volume shows how these “short” wars profoundly changed the sociopolitical situation in the Balkans, with consequences that are still felt today. More than one hundred years later, the successors of the belligerent states in Southeastern Europe memorialize the wars as heroic highlights of their respective pasts. Furthermore, the metaphor that the Balkans were Europe’s “powder keg”, perpetuated at the beginning of the twentieth century in the face of these wars, was reactivated in both the West and the East up through the Yugoslav wars of the 1990s. The authors entangle the hitherto exclusive national master narratives and analyse them cogently and trenchantly for an international readership. They make an indispensable contribution to the proper integration of the Balkan Wars into the European historical memory of twentieth-century warfare.