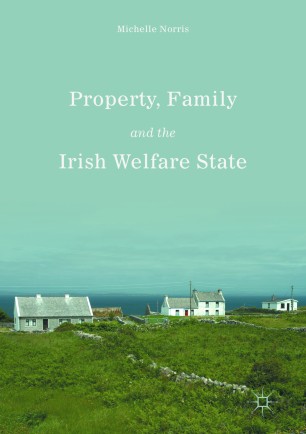 "Relationships between families and their homes remain the fundament of well-being around which formal welfare state institutions have and continue to be developed. Michelle Norris articulates this with flourish in this volume, managing to unravel the critical interconnections between property, family and welfare that remain as salient in the twenty-first century as they were in the nineteenth. Ireland provides an insightful socio-historic context in which to explore this relationship and is a case that provides good value for the broader analysis of welfare states across developed societies."

"Michelle Norris has written an outstanding book on the intertwining of property, housing and welfare state development in Ireland. She makes a bold argument that Ireland’s development path and welfare model can only be understood through the lens of the politics of property. Her fascinating analysis shows that Ireland is another key case in understanding ‘mortgage’ or ‘privatised’ Keynesian political economies. Her book is essential reading for anyone seeking to understand Irish society and economy and for any comparative scholar of the welfare state."

This book examines the long-term development of the Irish welfare state since the late nineteenth century. It contests the consensus view that Ireland, like other Anglophone countries, has historically operated a liberal welfare regime which forces households to rely mainly on the market to maintain their standard of living. Drawing on case studies and key statistical data, this book argues that the Irish welfare state developed differently from most other Western European countries until recent decades.

Norris's original line of argument makes the case that Ireland’s regime was distinctive in terms of both focus and purpose in that Ireland’s welfare state was shaped by the power of small farmers and moral teaching and intended to support a rural, agrarian and familist social order rather than an urban working class and industrialised economy. An well-researched and methodical study, this book will be of great interest to scholars of social policy, sociology and Irish history.

“Norris’ general explanatory framework is based on the role of power, moral and political legitimacy and efficiency considerations. … Norris provides an innovative, insightful and clearly documented account of the distinctive character of the Irish welfare state.” (Christopher T. Whelan, Journal of Social Policy, Vol. 47 (2), April, 2018)

“This book provides a unique and previously unexamined insight into the development of the Irish welfare system – and offers a new alternative to traditional welfare typologies. … It is essential reading for anyone seeking to understand the contemporary Irish housing sector and the paths that brought it there.” (Anna Carnegie, International Journal of Housing Policy, Vol. 18 (4), December, 2018)​