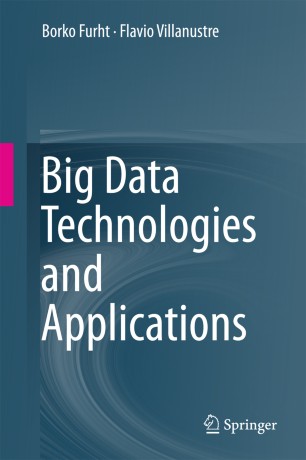 Dr. Borko Furht is a professor in the Department of Electrical & Computer Engineering and Computer Science at Florida Atlantic University (FAU) in Boca Raton, Florida. He is also Director of the NSF Industry/University Cooperative Research Center on Advanced Knowledge Enablement. Before joining FAU, he was a vice president of research and a senior director of development at Modcomp (Ft. Lauderdale), a computer company of Daimler Benz, Germany, a professor at University of Miami in Coral Gables, Florida, and a senior researcher in the Institute Boris Kidric-Vinca, Yugoslavia. Professor Furht received the Ph.D. degree in electrical and computer engineering from the University of Belgrade. His current research is in multimedia systems, multimedia big data and its applications, 3D video and image systems, wireless multimedia, and Internet and cloud computing. He is presently Principal Investigator and Co-PI of several projects sponsored by NSF and various high-tech companies. He is the author of numerous books and articles in the areas of multimedia, data-intensive applications, computer architecture, real-time computing, and operating systems. He is a founder and editor-in-chief of two journals: Journal of Big Data and Journal of Multimedia Tools and Applications. He has received several technical and publishing awards, and has consulted for many high-tech companies including IBM, Hewlett-Packard, Adobe, Xerox, General Electric, JPL, NASA, Honeywell, and RCA. He has also served as a consultant to various colleges and universities. He has given many invited talks, keynote lectures, seminars, and tutorials. He served on the Board of Directors of several high-tech companies.
333px;">Dr. Flavio Villanustre leads HPCC Systems®, and is also VP, Technology for LexisNexis Risk Solutions®. In this position, he is responsible for Information and Physical Security, overall platform strategy and new product development. Dr. Villanustre is also involved in a number of projects involving Big Data integration, analytics and Business Intelligence. Previously, Dr. Villanustre was Director of Infrastructure for Seisint. Prior to 2001, he served in a variety of roles at different companies including Infrastructure, Information Security and Information Technology. In addition to this, Dr. Villanustre has been involved with the open source community for over 15 years through multiple initiatives. Some of these include founding the first Linux User Group in Buenos Aires (BALUG) in 1994, releasing several pieces of software under different open source licenses, and evangelizing open source to different audiences through conferences, training and education. Prior to his technology career, Dr. Villanustre was a neurosurgeon.

“The book offers a good overview of big data technologies, which keeps a live link between theoretical background and live applications. As such, the text rises up as a starting point for engineers and researchers in the field of big data applications.” (Alexander Tzanov, Computing Reviews, June, 2017)
Buy options