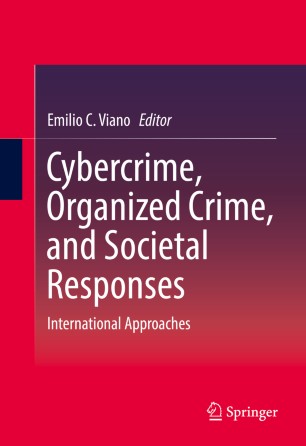 This timely book provides contributions on international, comparative crime phenomena: gangs, trafficking, fear of crime, and crime prevention. It highlights contributions originally prepared for the XVII World Congress of Criminology and for the 2015 Cybercrime Conference in Oñati, Spain which have been selected, reviewed, and adapted for inclusion in this volume.

The work features international contributors sharing the latest research and approaches from a variety of global regions. The first part examines the impact of gangs on criminal activities and violence. The second part explores illegal trafficking of people, drugs, and other illicit goods as a global phenomenon, aided by the ease of international travel, funds transfer, and communication. Finally, international approaches to crime detection prevention are presented. The work provides case studies and fieldwork that will be relevant across a variety of disciplines and a rich resource for future research.

This work is relevant for researchers in criminology and criminal justice, as well as related fields such as international and comparative law, public policy, and public health.

Most recently, he has taught and done research mostly at American University, Washington DC, both in the School of Public Affairs and the Washington College of Law. He has also been a professor at the University of Paris (Sorbonne), Cordoba (Argentina), Panteion (Athens, Greece), Bologna (Italy), Shanghai International Studies University (SISU) and others.

Dr. Viano has vast experience with consulting assignments worldwide, especially in the developing world and particularly on security issues. He has worked extensively in Argentina, Brazil, Guatemala, Costa Rica, El Salvador, Malaysia, Thailand, Egypt, Algeria, South Africa, Mexico and others. He is presently contracted to write the cybercrime law for a Central American nation.