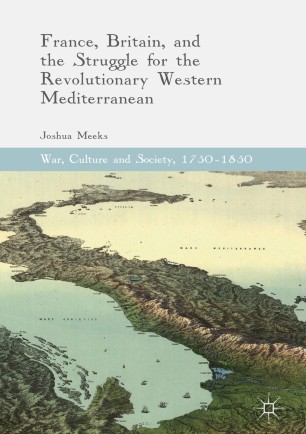 France, Britain, and the Struggle for the Revolutionary Western Mediterranean

This book investigates the conflict over control over the Western Mediterranean in the late eighteenth-century. The Western Mediterranean during the 1790s featured a constant struggle for control over the region. While most histories point to military events such as the Italian Campaign as descriptive of this struggle between the two competing ideological forces of Revolutionary France and the Counter-Revolutionary First Coalition led by Britain, this book takes a different approach. Rather than looking at the struggle between ideologies, this book looks at the struggle within those ideologies, arguing that the Western Mediterranean states were not simply the battlefields or the prizes of the struggle, but were active participants with goals of autonomy or neutrality. The focus stretches beyond conflict between France and Britain, into the adaptation of ideology for different uses in Tuscany, Toulon, Algiers, Spain, and especially Corsica.