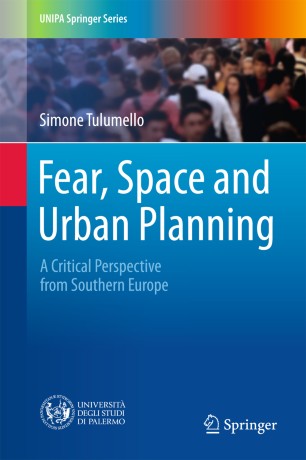 A Critical Perspective from Southern Europe

This book examines the phenomenon of urban fear – the increasing anxiety over crime and violence in Western cities despite their high safety – with a view to developing a comprehensive, critical, exploratory theory of fear, space, and urban planning that unravels the paradoxes of their mutual relations. By focusing especially on the southern European cities of Palermo and Lisbon, the book also aims to expand upon recent studies on urban geopolitics, enriching them from the perspective of ordinary, as opposed to global, cities. Readers will find enlightening analysis of the ways in which urban fear is (re)produced, including by misinformative discourses on security and fear and the political construction of otherness as a means of exclusion. The spatialization of fear, e.g., through fortification, privatization, and fragmentation, is explored, and the ways in which urban planning is informed by and has in turn been shaping urban fear are investigated. A concluding chapter considers divergent potential futures and makes a call for action. The book will appeal to all with an interest in whether, and to what extent, the production of ‘fearscapes’, the contemporary landscapes of fear, constitutes an emergent urban political economy.