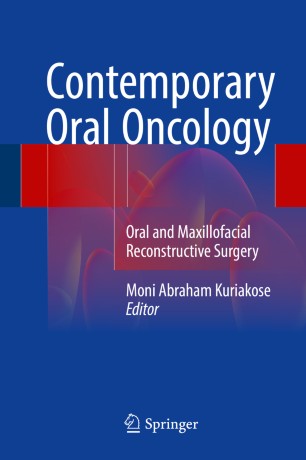 This is the third of four volumes that together offer an authoritative, in-depth reference guide covering all aspects of the management of oral cancer from a multidisciplinary perspective and on the basis of a strong scientific foundation. This volume is devoted to the reconstructive surgical techniques used in patients with oral cancer. Following introductory chapters outlining the general principles of reconstructive surgery in the oral cavity and the planning of maxillofacial reconstruction, detailed descriptions of the options and techniques employed in reconstruction of each of the functional subunits are provided. Important technologic advances are also discussed, including image-guided surgery, robotic surgery, and tissue-engineered and prefabricated approaches. Finally, the current status of facial transplantation for maxillofacial reconstruction is reviewed. This volume is intended for both trainees and practicing surgeons.

Moni Abraham Kuriakose, BSc, BDS, MB ChB, MD, FDSRCS, FFDRCS, FRCS Ed, FRCS (Maxillofacial Surgery), is Director of the Translational Research Program and Attending Surgeon in the Department of Head and Neck/Plastic and Reconstructive Surgery at the Roswell Park Cancer Institute, Buffalo, New York, and Professor of Surgery, Director of the Department of Surgical Oncology, and Chief of the Division of Head and Neck Oncology at the Mazumdar-Shaw Cancer Center, Narayana Health City, Bangalore, India. In addition, he is Adjunct Associate Professor in the Departments of Oral and Maxillofacial Surgery and Otolaryngology at New York University. Dr. Kuriakose has received numerous honors and awards and has held many national and international leadership positions, including as Chairman of the Oral Cancer Special Interest Group, International Association of Oral and Maxillofacial Surgeons (2008-2012), Secretary General of the International Academy of Oral Oncology (2013-2015) and President of Indian Head and Neck Oncology Society (2015-2017). He is a member of the editorial boards for Oral Oncology and the Journal of Maxillofacial and Oral Surgery, and a reviewer for a number of other leading journals. Dr. Kuriakose’s research group focuses on two key challenges: down-staging and prevention of oral cancer; and reversing chemotherapy resistance. He has been the principal investigator on many research projects and is the author of over 150 peer-reviewed publications.