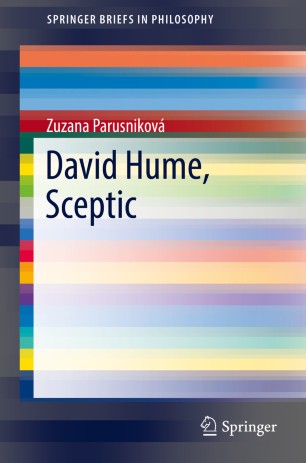 This book studies Hume’s scepticism and its roots, context, and role in the philosopher’s life. It relates how Hume wrote his philosophy in a time of tumult, as the millennia-old metaphysical tradition that placed humans and their cognitive abilities in an ontological framework collapsed and gave way to one that placed the autonomy of the individual in its center. It then discusses the birth of modernity that Descartes inaugurated and Kant completed with his Copernican revolution that moved philosophy from Being to the Self. It shows how modernity gave rise to a new kind of scepticism, involving doubt not just about the adequacy of our knowledge but about the very existence of a world independent of the self. The book then examines how Hume faced the sceptical implications and how his empiricism added yet another sceptical theme with the main question being how argument can legitimize key concepts of human understanding instinctively used in making sense of our perceptions. Placing it firmly in a historical context, the book shows how Hume was influenced by Pyrrhonian scepticism and how this becomes clear in Hume’s acceptance of the weakness of reason and in his emphasis on the practical role of philosophy. As the book argues, rather than serving as the foundation of science, in Hume’s hand, philosophy became a guide to a joyful, happy life, to a documentary of common life and to moderately educated, entertaining conversation. This way Hume stands in strong opposition to the (early) modern mainstream.