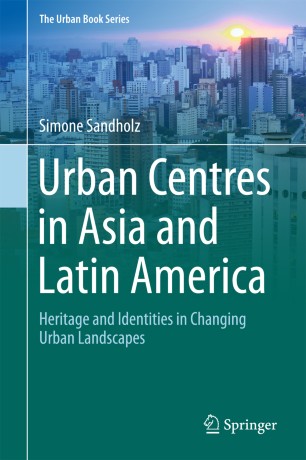 This book presents an overview of the challenges that cities in Latin America and Asia are facing regarding the preservation of their tangible and intangible heritage. It argues that urban heritage has a value that transcends the mere object’s value, constituting a crucial source of identity for urban inhabitants. The same is true for the urban intangible values and practices that are often associated with places or buildings. The empirical research is based on case studies of Kathmandu in Nepal, Yogyakarta in Indonesia and Recife in Brazil; three cities that still comprise core areas with a high percentage of historic fabric and distinctive cultural expressions.

The comparative study of the three areas reveals the similarities and differences of urban conservation policies, past and present upgrading strategies in the core areas, and the importance of tangible and intangible heritage. All three cities demonstrate that urban heritage, habits and beliefs are still of importance to the population. While there are significant differences in the kind and level of protection the respective legal system provides, partly uncontrolled urban dynamics pose a threat to all of them.

The text is based on a PhD thesis submitted to the Institute of Geography, University of Innsbruck, Austria.

The author is a human geographer with a first degree in architecture and a postgraduate degree in conservation.