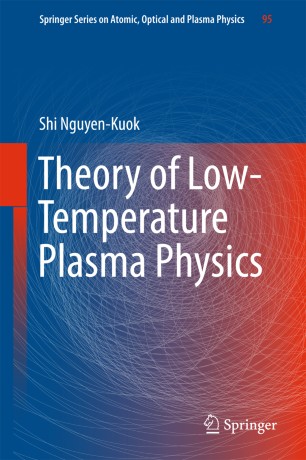 This book offers the reader an overview of the basic approaches to the theoretical description of low-temperature plasmas, covering numerical methods, mathematical models and modeling techniques. The main methods of calculating the cross sections of plasma particle interaction and the solution of the kinetic Boltzmann equation for determining the transport coefficients of the plasma are also presented. The results of calculations of thermodynamic properties, transport coefficients, the equilibrium particle-interaction cross sections and two-temperature plasmas are also discussed. Later chapters consider applications, and the results of simulation and calculation of plasma parameters in induction and arc plasma torches are presented. The complex physical processes in high-frequency plasmas and arc plasmas, the internal and external parameters of plasma torches, near-electrode processes, heat transfer, the flow of solid particles in plasmas and other phenomena are considered. The book is intended for professionals involved in the theoretical study of low-temperature plasmas and the design of plasma torches, and will be useful for advanced students in related areas.