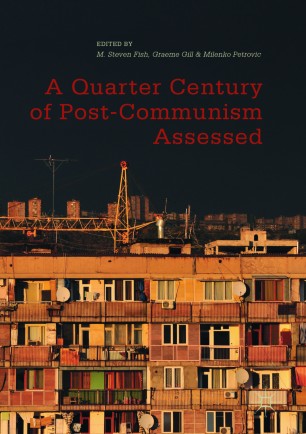 A Quarter Century of Post-Communism Assessed

This edited volume seeks to understand and explain the pattern of varying national and regional success in post-communist political and economic transition across the post-communist world. Despite widespread hopes for the development of vigorous democratic political systems and vibrant market economies, the outcomes of a quarter century of post-communist transition in the countries of the former communist bloc in Eurasia have been widely variant. Some have matched these hopes, including becoming full members of the EU; others have fallen far short, with political and economic systems little changed from the communist era. This collection, with an internationally respected list of contributors, addresses some of the pressing issues in political science and transition studies, ranging from theoretical overviews to the more specific nitty-gritty of contemporary politics.