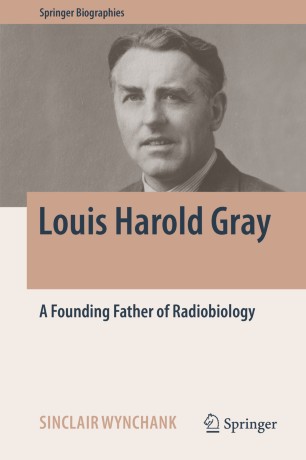 A Founding Father of Radiobiology

This book is a scientific biography of Louis Harold (“Hal”) Gray, FRS (1905–65), a pioneer in radiobiology – a little known science that is nevertheless extremely important since it constitutes the basis of radiotherapy. Hal Gray’s work also played a vital role in ensuring that radiography would be a safe procedure for the hundreds of millions of persons in whom X-ray pictures have been taken. The book offers fascinating insights into both the history of radiobiology and the life of Hal. It contains much unique biographical material made available to the author over the past 35 years by Hal’s contemporaries, many of whom have since died. Great influences on Hal’s life and studies, including his unusual high school, Christ’s Hospital, and his firm moral beliefs, are described. But his life was not merely a gentle, cloistered existence in academia. Its ups and downs included events that would not have been out of place in a Hollywood drama. The work, the first book-length biography of Hal, is intended for all who enjoy this genre (including those without a scientific background) or have an interest in the history of radiobiology and radiotherapy.

Sinclair Wynchank holds bachelor and higher degrees in physics (MA, D Phil [nuclear physics] – University of Oxford) and medicine (MB ChB, MD – University of Cape Town).  He has also taught and researched there and at Columbia and Bordeaux Universities and the City University of New York.  At the South African Medical Research Council he directed an institute that first introduced medical MRI to the southern hemisphere.  His researches in nuclear medicine, physics/engineering applied to medicine, MRI, radiobiology, telemedicine/telenursing, and the history and sociology of medicine resulted in 133 publications, mainly on these topics and also nuclear physics.  He has chaired the SA National Telemedicine Forum and has been President of the African Association of Nuclear Medicine.  He has lectured in 25 nations and is the subeditor of one journal and a member of the editorial board of another.  Cape Town is his home, where he is partially retired and continues with various consultancies.