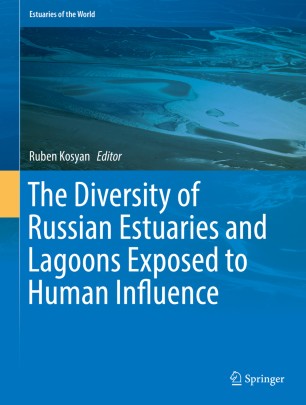 The Diversity of Russian Estuaries and Lagoons Exposed to Human Influence

Part of the Estuaries of the World book series (EOTW)

This volume describes the complex characteristics of almost all Russian coastal estuaries systematized in the following regions: the coasts of the White Sea, the Barents Sea, the Kara Sea, the Laptev Sea, the East Siberian Sea, the Chukchi Sea, the Black Sea, the Sea of Azov, the Baltic Sea, the Sea of Okhotsk, the Sea of Japan and the Bering Seas. The part on the Baltic Sea includes a detailed description of the Kaliningrad coast and the Gulf of Finland. Apart from the geology and morphology, this book also looks at the anthropogenic effects on shores as well as at hydrological conditions, local climate and water level characteristics, and at economic use of lagoons.

Ruben Kosyan, P.P. Shirshov Institute of Oceanology of Russian Academy of Sciences (IO RAS) Gelendzik, Russia. Doctor of Geographical Sciences, professor, Head of the Lithodynamics and Geology Laboratory of the southern branch of the P.P. Shirshov Institute of Oceanology, Russian Academy of Sciences, Academician of the Russian Ecological Academy, a member of the Krasnodar Regional Scientific and Technical Committee, member of the Russian National Oceanographic Committee, expert IOC of UNESCO on the problems of the Black Sea, a member of the Association of Balkan Scholars, the American Association for the Development of Scientific Research, and the European Union for Coastal Conservation. Since 2010, a member of the Scientific and Technical Committee of the International Center for Environmental Management of Enclosed Seas (Kobe, Japan).  R. Kosyan has more than 40 years of scientific and engineering experience. He is engaged in problems of physical oceanography, marine geophysics, ocean engineering and methods of dynamical processes’ study in coastal regions. He has helped pioneer a number of methods and techniques for sediment transport measurement used in research works at many marine objects of different countries.