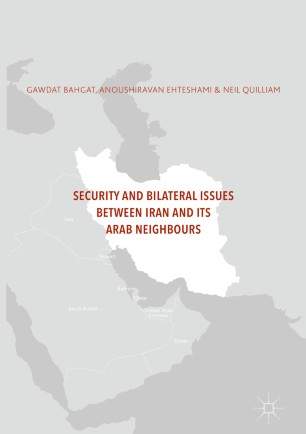 This book provides a detailed analysis of the complicated relations between Iran and its Arab neighbours. Arab perceptions of Iran, its regional policies and role in the Arab region, have never been more complicated than today. How is one to make sense of the increasingly complex and at times tense relationship between Iran and its Arab neighbours? Given the strategic significance of this sub-region and the importance of relations between its states to international security, this edited volume systematically accounts for each Arab neighbour’s perception, policies and approach towards the Islamic republic, for the first time providing a clear and detailed comparative analysis of these relationships. This book, bringing together a group of leading scholars of the region, not only provides a clear lens for the policy community through which to gauge the causes of change and the reasons for continuity in relations, but also offers an invaluable tool for scholars of the wider region and the growing community of researchers focusing on this sub-region.

Gawdat Bahgat is a Professor of National Security at the Near East South Asia Center for Strategic Studies at the National Defense University. He has written more than 10 books and approximately 200 scholarly articles. His work has been translated to several foreign languages.

Dr Neil Quilliam is  acting head of the  Middle East and North Africa (MENA) Programme at Chatham House. He first joined Chatham House as a senior research fellow in January 2014, then as senior consulting fellow from September 2014. He previously served as senior MENA energy adviser at the Foreign and Commonwealth Office (FCO), senior MENA analyst at Control Risks, London, and senior programme officer at the United Nations University, Amman. Professor Anoushiravan Ehteshami is the Nasser al-Mohammad al-Sabah Professor of International Relations and Director of the HH Sheikh Nasser al-Mohammad al-Sabah Programme in International Relations, Regional Politics and Security in the School of Government and International Affairs, Durham University.

“This is a comprehensive, expertly-written and well -documented book on the complex and multifaceted relations between Iran and its Arab neighbors. Twelve scholars--the best in the field—provide a fascinating account of the rivalries and tensions, friendships and enmities, the areas of cooperation and the potential for conflict among this group of countries, with their valuable oil and gas resources and their diverse ethnicities and cultures. Both academic and lay readers will find the articles accessible and informative.” (Dr. Haleh Esfandiari, Public Policy Fellow at the Wilson Center, Washington, USA)