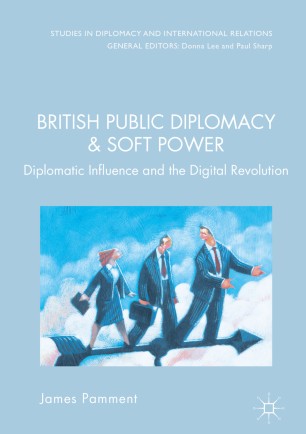 Diplomatic Influence and the Digital Revolution

This volume outlines two decades of reforms at the Foreign & Commonwealth Office (FCO), British Council and BBC World Service – the so-called Public Diplomacy Partners. Between 1995 and 2015, the FCO and its partner organisations in promoting British influence abroad have introduced major changes to how, where and with whom diplomacy is conducted. This unique study links major organisational reforms to the changing political, technological and intellectual contexts of the day. Through detailed case studies over a 20-year period, this study demonstrates how and why British diplomacy evolved from a secretive institution to one understanding its purpose as a global thought leader through concepts such as public diplomacy, digital diplomacy and soft power. It is rich with unpublished documents and case studies, and is the most detailed study of the FCO and British Council in the contemporary period. From Cool Britannia to the recent GREAT campaign via the 2012 Olympics and diplomats on Twitter, this book charts the theory and practice behind a 21st century revolution in British diplomacy. This work will be of much interest to policymakers and advisors, students and researchers, and foreign policy and communication specialists.

James Pamment (PhD Stockholm University, 2011) is a Senior Lecturer in Strategic Communication at Lund University, Sweden. His research addresses issues related to strategic communication, diplomacy and international development. He is author of ‘New Public Diplomacy in the 21st Century’ (Routledge) and editor of 'Public Diplomacy & Development Communication: An Emerging Field of Study' (CPD Perspectives Series), as well as over 20 articles and chapters in major international academic journals and academic books.

“This book will be a welcome addition to the shelves of public diplomacy researchers and practitioners and an important contribution to our understanding of the intricacies of modern diplomatic practice.” (Galina A. Nelaeva, Acta Politica, Vol. 54, 2019)
Buy options