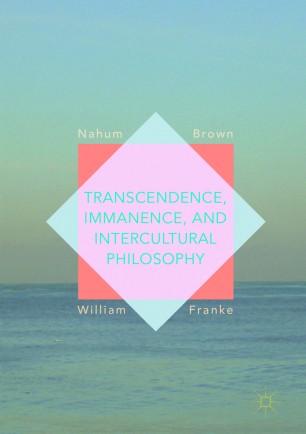 Nahum Brown is a Post-doctoral Fellow in the Philosophy and Religious Studies Programme at the University of Macau, China. His current research focuses on historical and contemporary philosophies of possibility, and he is also interested in alternative conceptions to the law of non-contradiction, especially in Hegel and Deleuze.

William Franke is Professor of Comparative Literature at Vanderbilt University, USA, and from 2013 to 2016 Professor of Philosophy, as well as program head of Philosophy and Religious Studies, at the University of Macao, China. He is a research fellow of the Alexander von Humboldt-Stiftung, a senior fellow of the International Institute for Hermeneutics, and has been Fullbright-University of Salzburg Distinguished Chair in Intercultural Theology and the Study of Religions.