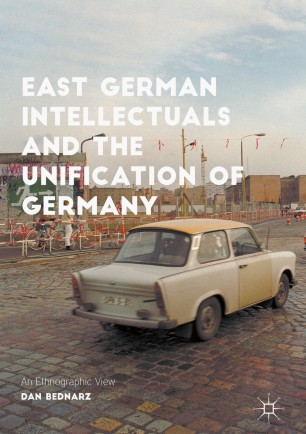 East German Intellectuals and the Unification of Germany

This book discusses the reunification of Germany and the negative impacts that this had on East German intellectuals. The book is an ethnographic account of how the intellectuals of East Germany reacted to the demise of their nation, their “dream” of a socialist world, and unification with capitalist West Germany. Part I covers unification, 1990-91; Part II presents a quarter century later follow-up with one-fourth of those interviewed in 1990-91; and Part III examines the case from three social science perspectives.

Dan Bednarz is Assistant Professor at Bristol Community College, USA. Bednarz has done research on organizational responses to decline, including how New York City mental health centers adapted to that city’s 1970s fiscal crisis, and how public health systems responded to cutbacks in state and local funding during and after the 2008 financial and economic crash.