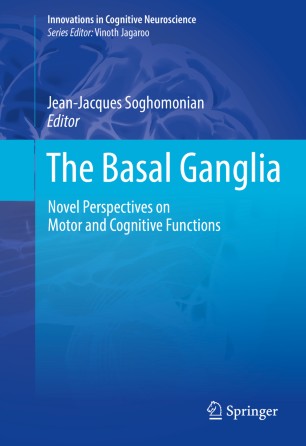 This text presents the contemporary understanding of the basal ganglia.  In a groundbreaking synthesis, diverse research perspectives grounded in neuroscience and neurobiology are bought together to reflect an integrated understanding of these deep brain structures.  The volume clarifies and broadens perspectives of the basal ganglia that have over the past few decades extended its functional-anatomic roles far beyond motor-centered models.  Contributions to the volume from leading basal ganglia researchers altogether relate the neural architecture and functional circuitry of the basal ganglia, its interactions with other major systems of the brain, its neurotransmitter and signaling mechanisms, its role in multiple cognitive and behavioral domains and in various neurocognitive, neuropsychiatric and neurological disorders.  Many of the novel research techniques that have helped reveal the complex neural architecture and functional diversity of the basal ganglia are also given view.

Topics included in the coverage:

The diversity of themes and depth of scholarship make for a volume relevant to researchers and clinical practitioners – in neuroscience, neurology, neuropsychiatry, neuropsychology, and speech-language pathology.

Jean-Jacques Soghomonian received a doctorate in neuroscience from the University of Aix-Marseille and a Ph.D. in neurological sciences from the University of Montreal. He completed postdoctoral training at the Medical College of Pennsylvania and the University of Pennsylvania and joined the Department of Anatomy and Neurobiology at Boston University School of Medicine in 1998. Dr. Soghomonian maintains an active research program on the anatomical and functional organization of the basal ganglia in the normal brain and in experimental models of Parkinson’s disease. Dr. Soghomonian teaches medical histology and medical neuroscience to undergraduate and graduate medical students, and is director of the graduate course Methods in Neuroscience. He currently serves on the MD-PhD admission committee at Boston University School of Medicine and on the qualifying committee in the Department of Anatomy and Neurobiology.