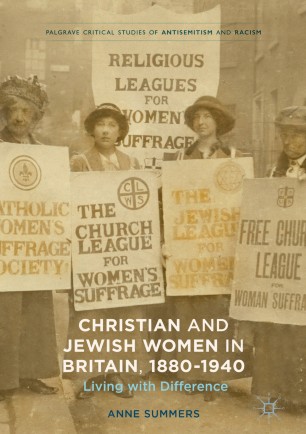 This book offers an entirely new contribution to the history of multiculturalism in Britain, 1880-1940. It shows how friendship and co-operation between Christian and Jewish women changed lives and, as the Second World War approached, actually saved them. The networks and relationships explored include the thousand-plus women from every district in Manchester who combined to send a letter of sympathy to the Frenchwoman at the heart of the Dreyfus Affair; the religious leagues for women’s suffrage who initiated the first interfaith campaigning movement in British history; the collaborations, often problematic, on refugee relief in the 1930s; the close ties between the founder of Liberal Judaism in Britain, and the wife of the leader of the Labour Party, between the wealthy leader of the Zionist women’s movement and a passionate socialist woman MP. A great variety of sources are thoughtfully interrogated, and concluding remarks address some of the social concerns of the present century.