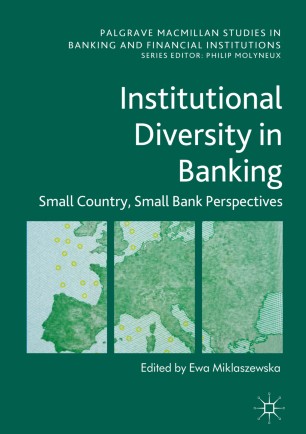 This book offers a comparative analysis of how post-crisis restructuring has affected the evolution and prospects of small, locally-oriented banks. The discussion focuses specifically on “small” European countries; that is, countries with diversified banking systems, with a strong presence of cooperative and other forms of local banks. Such countries include highly developed economies like Italy and emerging European economies, such as Poland. The authors stress the unique importance of local banks in generating credit for both households and firms, and hence in contributing to overall economic growth. Chapters cohere around the argument that although smaller banks fared better than their larger counterparts the recent financial crisis, they have been directly and indirectly discriminated against in post-crisis restructuring schemes, and, as such, face many operational and strategic challenges today. The contributors are a distinguished group of researchers with expert knowledge of the competitive positions of and opportunities for locally oriented banks, who combine theoretical and empirical perspectives on these topics.