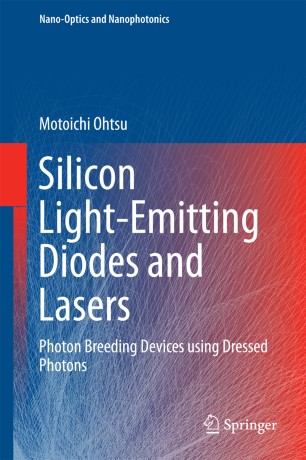 This book focuses on a novel phenomenon named photon breeding. It is applied to realizing light-emitting diodes and lasers made of indirect-transition-type silicon bulk crystals in which the light-emission principle is based on dressed photons. After presenting physical pictures of dressed photons and dressed-photon phonons, the principle of light emission by using dressed-photon phonons is reviewed. A novel phenomenon named photon breeding is also reviewed. Next, the fabrication and operation of light emitting diodes and lasers are described The role of coherent phonons in these devices is discussed. Finally, light-emitting diodes using other relevant crystals are described and other relevant devices are also reviewed.