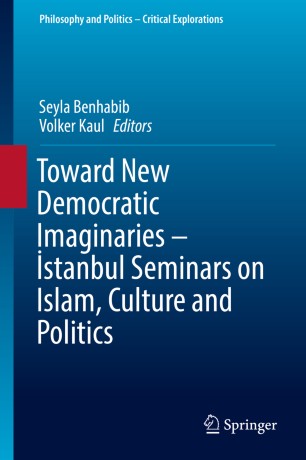 This volume combines rigorous empirical and theoretical analyses with political engagement to look beyond reductive short-hands that ignore the historical evolution and varieties of Islamic doctrine and that deny the complexities of Muslim societies' encounters with modernity itself. Are Islam and democracy compatible? Can we shed the language of 'Islam vs. the West' for new political imaginaries?

The authors analyze struggles over political legitimacy since the Arab Spring and the rise of Al Qaeda and ISIS in their historical and political complexity across the MENA (Middle East and North Africa) region. Distinguishing multiculturalism from interculturalism and understanding multiple modernities, philosophers in the volume tease out the complexities of civilizational encounters. The volume also shows how the Paris massacres or the Danish caricature controversy do not remain confined to Europe but influence struggles and confrontations within Muslim societies. Gender and Islam are addressed from a comparative perspective bringing into conversation not only the experience of different Muslim countries with Islamic law but also by analysing Jewish family law.