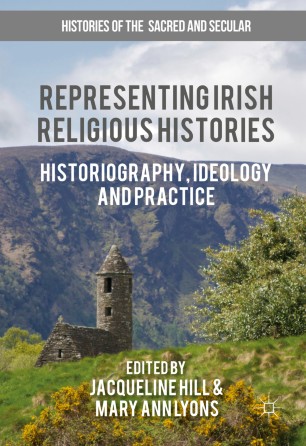 This collection begins on the premise that, until recently, religion has been particularly influential in Ireland in forming a sense of identity, and in creating certain versions of reality. History has also been a key component in that process, and the historical evolution of Christianity has been appropriated by the main religious denominations – Catholic, Church of Ireland, and Presbyterian – with a view to reinforcing their own identities. This book explores the ways in which this occurred; the writing of religious history, and some of the manifestations of that process, forms key parts of the collection. Also included are chapters discussing current and recent attempts to examine the legacy of collective religious memory - notably in Northern Ireland - based on projects designed to encourage reflection about the religious past among both adults and school-children. Readers will find this collection particularly timely in view of the current ‘decade of commemorations’.

Jacqueline Hill is Professor Emerita at NUI Maynooth, Republic of Ireland, with an interest in 18th and 19th century Irish history, especially religious and political history. She is a member of the Royal Historical Society and the Royal Irish Academy, and is secretary to the Board of Management of Irish Historical Studies. Her publications include From Patriots to Unionists: Dublin Civic Politics and Irish Protestant Patriotism, 1660-1840 (1997), and (as editor), A New History of Ireland, vii: 1921-84 (2003; 2010 paperback edn).