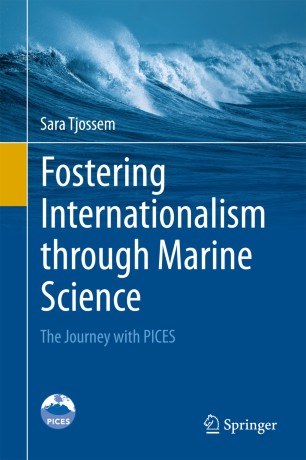 The Journey with PICES

This book describes the work of the North Pacific Marine Science Organization (PICES) since its launch in 1992. Mapping the evolution of its agenda gives insight into the development of modern marine science and the competing demands of stakeholders within and outside the organization. The opening chapter considers the challenges of marine science at a large scale, and places PICES in the context of internationalism and science-based resource management. It lays out the organization’s longstanding focus on the development of climate science and its applications. Subsequent chapters explore the interplay of national vs. international science, negotiating the nature of investigation and cooperation across scientific, political and institutional boundaries in the region; assessing two major initiatives undertaken to date; and the challenges of incorporating social science into an organization of mainly natural scientists.

PICES has played an immensely important role in developing close collaborations and interpersonal relationships among Asian and North American scientists studying the North Pacific Ocean. PICES is a bridge, and a catalyst, for interdisciplinary research and the exchange of ideas, information, and technology across the Pacific. These exchanges and friendships are the foundation of an international community that will be the wellspring of North Pacific science endeavors for years to come.  George Hunt (PICES WG 11 Co-Chair)

PICES is an example of how international cooperation has opened new opportunities for networking, promoted inter-disciplinary science, and transferred knowledge and technologies during the last 25 years.  Luis Valdés (former IOC-UNESCO Head of Ocean Science)

PICES has been the ideal partner for ICES, another regional science organization, on global issues. Adi Kellermann (ICES Head of Science Programme)

PICES is a large multinational scientific community that, propelled by their belief in the Organization, has managed to achieve much more than was ever anticipated. The next 25 years will bring new challenges for PICES, which must be tackled with the same innovation and adaptability as the original ones.  Manuel Barange (GLOBEC Executive Director and ICES SCICOM Past Chair)

In working with ESSAS, PICES has stretched beyond the Pacific, recognizing that many of the major issues we face scientifically are similar, no matter what ocean we study.  Ken Drinkwater (ESSAS Co-Chair)