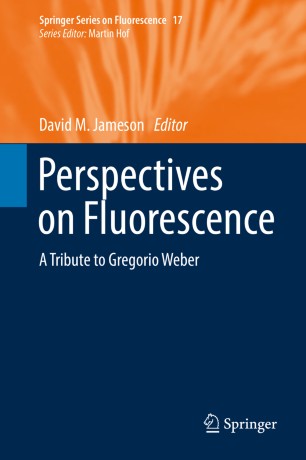 A Tribute to Gregorio Weber

Gregorio Weber is widely acknowledged as the person responsible for the advent of modern fluorescence spectroscopy.Since 2016 is the 100th anniversary of Gregorio Weber’s birth, this special volume has been prepared to honor his life and achievements. It offers contributions from outstanding researchers in the fluorescence field, describing their perspectives on modern fluorescence and its highly diverse applications, ranging from the photophysics of tryptophan and proteins, membrane studies, fluorescence microscopy on live cells, novel software approaches and instrumentation. Many of the authors knew Gregorio Weber personally and have shared their impressions of the man and his contributions. This volume appeals not only to aficionados of fluorescence spectroscopy and its applications in biology, chemistry and physics, but also to those with a general interest in the historical development of an important scientific field.