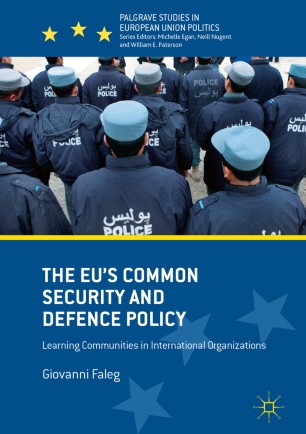 This book accounts for transformations in the EU’s Common Security and Defence Policy (CSDP) during its first decade of operations (2001-2011), and argues that the EU evolved into a softer and more civilian security provider, rather than a military one. This learning process was driven by transnational communities of experts and practitioners, which acted as engines of change. Giovanni Faleg analyses two innovative concepts introduced in the EU security discourse since the late 1990s: security sector reform (SSR) and civilian crisis management (CCM). Both stem from a new understanding of security, involving the development of non-military approaches and a comprehensive approach to crisis management. However, the implementation of the two policy frameworks by the EU led to very different outcomes. The book explains this variation by exploring the pathways by which ideas turn into policies, and by comparing the transformational power of epistemic communities and communities of practice.