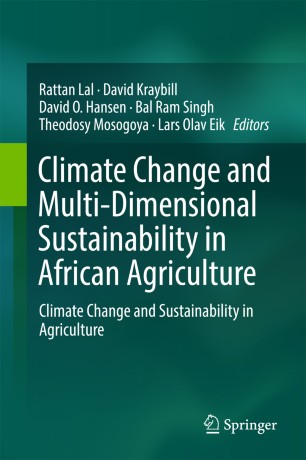 Climate Change and Sustainability in Agriculture

This 35-chapter book is based on several oral and poster presentations including both invited and contributory chapters. The book is thematically based on four pillars of sustainability, with focus on sub-Saharan Africa (SSA): Environment, Economic, Social and Institutional. The environmental sustainability, which determines economic and social/institutional sustainability, refers to the rate of use of natural resources (soil, water, landscape, vegetation) which can be continued indefinitely without degrading their quality, productivity and ecosystem services for different ecoregions of SSA. This book will help achieve the Sustainable Development Goals of the U.N. in SSA. Therefore, the book is of interest to agriculturalists, economists, social scientists, policy makers, extension agents, and development/bilateral organizations. Basic principles explained in the book can be pertinent to all development organizations.