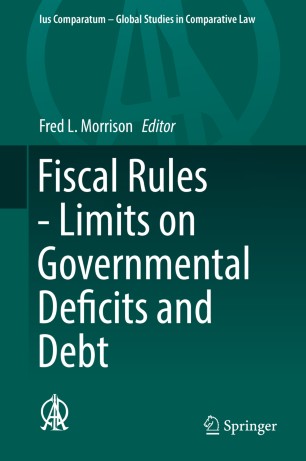 This book examines legal limitations on government deficit and debt and its impact on the ability of nations to provide services to their residents. It studies constitutional and statutory limitations, as well as those imposed by international treaties and other instruments, including those of both the European Union and the International Monetary Fund. The book contains a general report examining the fiscal rules that govern the budgets and expenditures of nation states. The general report is followed by a special report which covers the limits imposed by the European Union and by the smaller group of countries constituting the Eurozone. Ten national reports, describing the limits in their respective countries, form the basis of the general report. These countries include eight members of the European Union (five of which use the Euro and three of which do not), one other European state and one non-European state. The reports include two countries in which constitutional “debt brakes” limit national deficit and debt.

Fred L. Morrison is the Popham Haik Schnobrich/Lindquist & Vennum Professor of Law at the University of Minnesota Law School in Minneapolis, Minnesota, USA, where he teaches constitutional law and international law, where he has twice served as Interim Dean. In the 1970’s was the Research Director of the State of Minnesota’s Constitutional Commission, which prepared the text of the current state constitution. He has served as the Counselor of International Law for the United States Department of State.