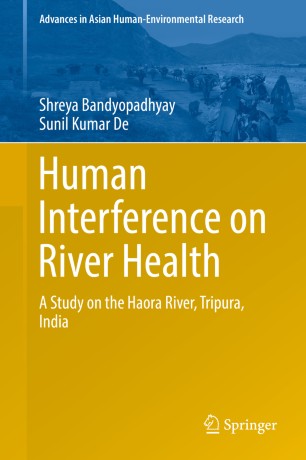 A Study on the Haora River, Tripura, India

This book examines in detail the health of India’s Haora River, which is of vital importance as the lifeline of Agartala, the Capital City of Tripura. From its source in the Baramura Hills, the river debouches onto the rolling plains of Chandrasadhubari. Thousands of people between Chandrasadhubari and the boundary of Bangladesh have settled along the riverbanks and are directly dependent on the river.
Since the 1970s the ever-growing population of the Haora River basin has been exerting tremendous pressure on the river. Several anthropogenic activities affect the river, increasing sedimentation and pollution, and are leading the Haora River toward its dying phase.
This book presents the problems related to the overall health of the Haora River and discusses some proposals for restoring the ecological balance and geo-political stability of this strategically important part of the country.