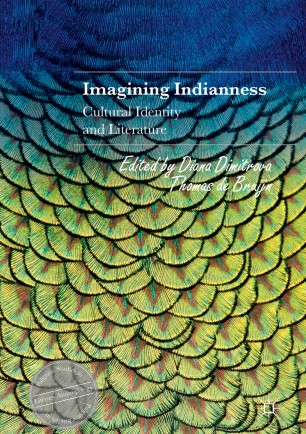 This book brings together several important essays examining the interface between identity, culture, and literature within the issue of cultural identity in South Asian literature. The book explores how one imagines national identity and how this concept is revealed in the narratives of the nation and the production of various cultural discourses. The collection of essays examines questions related to the interpretation of the Indian past and present, the meanings of ancient and venerated cultural symbols in ancient times and modern, while discussing the ideological implications of the interpretation of identity and “Indianness” and how they reflect and influence the power-structures of contemporary societies in South Asia. Thus, the book studies the various aspects of the on-going process of constructing, imagining, re-imagining, and narrating “Indianness”, as revealed in the literatures and cultures of India.

Diana Dimitrova is Professor of Hinduism and South Asian Religions at the University of Montreal, Canada. She is the author of Western Tradition and Naturalistic Hindi Theatre (2004), Gender, Religion, and Modern Hindi Drama (2008), and Hinduism and Hindi Theater (2016). She is the editor of Religion in Literature and Film in South Asia (2010) and The Other in South Asian Religion, Literature and Film: Perspectives on Otherism and Otherness (2014).
Thomas de Bruijn is an independent scholar and author of Ruby in the Dust: History and Poetry in Padmāvat by the South Asian Sufi Poet Muḥammad Jāyasī (2012) and co-editor of Circulation of Culture: Literature in Motion in Early Modern India (2014).

“This edited collection by Diana Dimitrova and Thomas de Bruijn is an important addition to the field since it brings debates and ideas of ‘Indianness’ … . Importantly, Imagining Indianness: Cultural Identity and Literature is a timely publication as once again, we are called to consider more recent, post-millennial literary and cultural production and its interface with an ever-changing sense of ‘Indianness.’” (E. Dawson Varughese, Asiatic, Vol. 11 (2), 2017)
Buy options