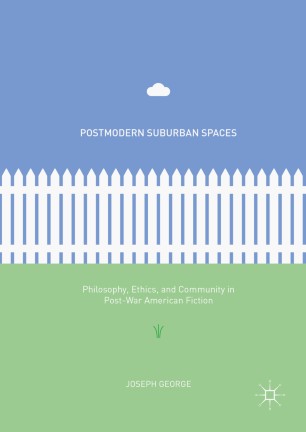 This book reevaluates fiction devoted to the postwar American suburb, examining the way these works imagine suburbia as a communal structure designed to advance a particular American identity. Postmodern Suburban Spaces surveys works by both canonical chroniclers of the middle class experience, such as Richard Yates and John Cheever, and those who reflect suburbia’s demographic reality, including Gloria Naylor and Chang-rae Lee, to uncover a surprising reconfiguration of the suburban experience.  Tracing major forms of suburban associations – racial divisions, property lines, the family, and ethnic fealty – these works depict a different mode of interaction than the stereotypical white picket fences. Joseph George draws from philosophers such as Emmanuel Levinas and Roberto Esposito to argue that these fictions assert a critical hospitality that frustrates the limited forms of association on which suburbia is based. This fiction, in turn, posits an ethical form of community that comes about when people share space together.