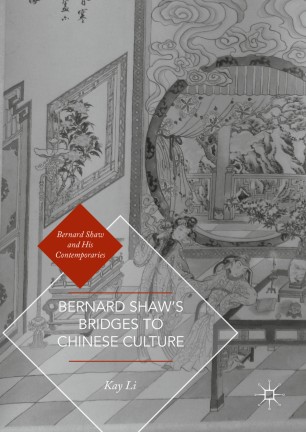 'Kay Li's study of Bernard Shaw's relationship with a number of leading Chinese figures and the assimilation of his plays into Chinese culture is a significant addition to her important previous work on Shaw and China. This new book expertly situates Shaw in wide-ranging spheres of Chinese culture, while also demonstrating the complexities of cross-cultural literary relations. It is a major contribution not just to Shaw studies but to interdisciplinary approaches to cultural dialogue.' - L.W. Conolly, Fellow of the Royal Society of Canada, Emeritus Professor of English, Trent University, Ontario, Canada and Honorary Fellow, Robinson College, University of Cambridge, UK
This book explores the cultural bridges connecting George Bernard Shaw and his contemporaries, such as Charles Dickens and Arthur Miller, to China. Analyzing readings, adaptations, and connections of Shaw in China through the lens of Chinese culture, Li details the negotiations between the focused and culturally specific standpoints of eastern and western culture while also investigating the simultaneously diffused, multi-focal, and comprehensive perspectives that create strategic moments that favor cross-cultural readings.
With sources ranging from Shaw's connections with his contemporaries in China to contemporary Chinese films and interpretations of Shaw in the digital space, Li relates the global impact of not only what Chinese lenses can reveal about Shaw's world, but how intercultural and interdisciplinary readings can shed new light on familiar and obscure works alike.

Kay Li is Project Leader of the SAGITTARIUS—ORION Digitizing Project on Bernard Shaw funded by the Social Sciences and Humanities Research Council of Canada. Li also serves as Adjunct Professor of English at York University, Canada and as President of Asian Heritage Month-Canadian Foundation for Asian Culture (Central Ontario) Inc. One of the founding members of the International Shaw Society, she studies cross-cultural literary encounters and cultural globalization. She is the author of Bernard Shaw and China: Cross-Cultural Encounters.

“The book offers illuminating looks at the Shaw plays most often performed and adapted by Chinese artists, and at the emphases and modifications by which directors and actors made the plays responsive to Chinese concerns. … Li’s book gives attention to prominent individuals with whom Shaw’s long lifetime overlapped, especially those who influenced his writings or drew inspiration from them.” (Mary Christian, English Literature in Transition 1880-1920, Vol. 63 (3), 2020)