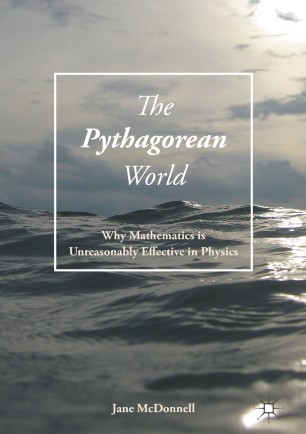 Why Mathematics Is Unreasonably Effective In Physics

This book explores the persistence of Pythagorean ideas in theoretical physics. It shows that the Pythagorean position is both philosophically deep and scientifically interesting. However, it does not endorse pure Pythagoreanism; rather, it defends the thesis that mind and mathematical structure are the grounds of reality.

The book begins by examining Wigner’s paper on the unreasonable effectiveness of mathematics in the natural sciences. It argues that, whilst many issues surrounding the applicability of mathematics disappear upon examination, there are some core issues to do with the effectiveness of mathematics in fundamental physics which remain. The core issues are the existence of the laws of nature and our minds ability to fathom them, the use of formal mathematics in discovering things about the quantum world, the fact that deep mathematics is needed to describe fundamental physics, and the asymptotic nature of the quest for knowledge. These issues are the focus of the book. The author seeks to explain them within a metaphysical framework that takes mind and mathematical structure as its fundamental principles. The framework — called quantum monadology — combines ideas from Leibnizian monadology, set theory, and consistent histories quantum theory.