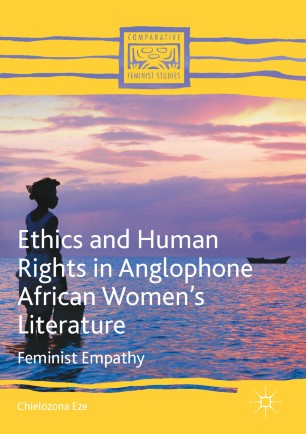 ‘A remarkable work, both for its compassion and critical insights, Chielozona Eze’s Ethics and

‘In a thus far unsurpassed “sharing of affect,” Professor Eze artfully deploys what he calls

“feminist empathy” for third-generation Anglophone African women writers. In the wake of

their foremothers’ rejection of the double yoke of colonialism and patriarchy, this millennial

generation of women writers reclaims “a body of their own” and its unaccountable pain.

feminist, definitely a rare commodity on the Nigerian scene. His book is a high risk/high gain

post-nation-state.’ –Chantal Zabus, author of Between Rites and Rights: Excision in Women’s

philosophy of individual and community interdependence. With nuance and a rare attention to

not only fiction but also poetry, essays and new media, Eze shows how recent works extending

right: we should all be feminists.’ –Tsitsi Jaji, author of Africa in Stereo: Modernism, Music and

been disabled by the patriarchal and sexist structures of society. Returning to their bodies

as a point of reference, rather than the postcolonial ideology of empire, contemporary

African women writers demand fairness and equality. By showing how this literature deploys

because of their gender, Chielozona Eze argues that by considering feminist empathy,

in disadvantaged positions. This book, therefore, engages a new ethical and human rights

awareness in African literary and cultural discourses, highlighting the openness to reality that is